My favourite Ali Farka Toure record. Such feeling and such virtuosity.  As I’m going through a tough period that seems to have sapped my creative energy, I’ll let others do the work tonight!

Radio Mali was Ali Farka Toure’s first release after 1994’s Grammy Award–winning collaboration with Ry Cooder, Talking Timbuktu. Released in Europe by World Circuit in 1996, it is a lavishly packaged collection of vintage recordings now being made commercially available in North America for the first time. 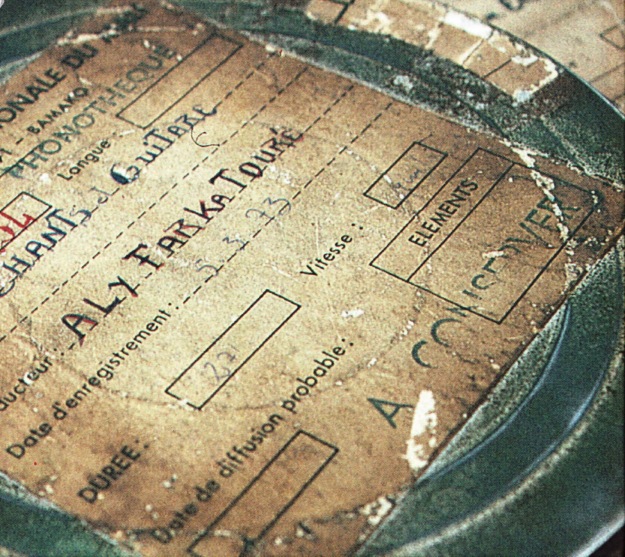 Throughout the 1970s, Ali Farka Toure recorded many hours of music for broadcast by Mali’s national radio. It was during this period that he established a formidable reputation in Mali and West Africa as a unique solo artist. Many people, including Toure himself, believe these recordings contain his finest performances—”recorded when I was an absolute fool for the guitar,” said Toure. Radio Mali presents the best of these recordings.

Playing acoustic guitar, sometimes alone, sometimes accompanied by ngoni (traditional Malian guitar) and violin, he turns in some mesmerizing performances. Singing in Sonrai and Peul, Toure reaches into the deep traditions of northern Mali. These are the recordings which made him a star in his native Mali. Although later in his life, Toure worked with musicians like Cooder, Taj Mahal, and Toumani Diabaté, these early recordings have a power of their own. Radio Mali remains pure Farka Toure, a hypnotic master class. (http://www.nonesuch.com/albums/radio-mali)

Washerman's Dog's original blog had 581,842 page visits! Keep coming back, and leave a comment too!

The best longform stories on the web

for things that make my heart sing

Tales from the mouth of a wolf

Seeker of the way, fair of heart and mind, sojourning with a will, the living truth to find.

the point where music and art meets

A Journey to Inner Peace

Listen to your inner self..it has all the answers..

What am I doing here?

whatever appears that seems worth sharing

My wee little life in this great big world and related sundries.

It's never too late

the voices buzzing in my head

Life Through a Lens - Photography blog by Haris Coussidis

Flat, Black, and Classical: Indian Classical Music on Vinyl and Cassette
"Me" Decade

Taking back Lollywood - One blog at a time

A Blog about Music and Popular Culture

A near death experience told me to write ... I never stopped